The origins of the Schmachter Lake

part of the Schmachter See Nature Reserve and *Fangerien the Schmachter See in BINZ auf Rügen. The Lake due to the settlement was given the name Sahib, who has been to the past directly on the southwestern shore of Lake.
The origin of the lake is already in the Ice age. This time there was a glacier tongue, What is the Lake. In the early days, he was still part of the Baltic Sea and had a depth of about 15 Meters on. Ago 5000 Years he has been due to the resulting spit “Small Heath” separated from the Baltic Sea. Today, this lake is a Flat water lake, which has a depth of only between one and two meters. The water surface is located on a size of around 118 Hectares.

It borders on the north end of BINZ. The well developed waterfront in BINZ is called Park of the senses, because it is here particularly quiet and relaxing. The Park of the senses on the occasion of the International Horticultural Exhibition IGA Branch office in the year 2003. The promenade, which is also on the Bank at BINZ, is a very popular meeting place especially in the evening hours. This place is ideally suited, to experience the sunset. On the well signposted hiking trail the lake can be wandered extensively. 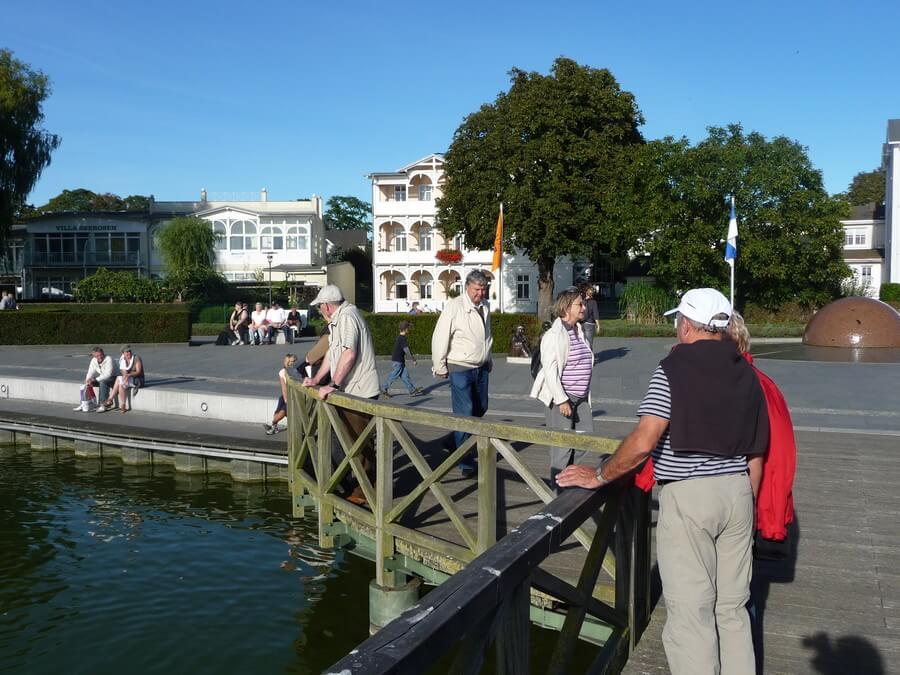 Schmachter see: Park of the senses

The flora and fauna

On the slopes of the Lake you will find mainly beech forests. The foot of the slope is punctuated by certain sources. Seaward, alder and swamps align themselves. The banks are partly covered with reeds and swing bog vegetation. Almost all vegetation complexes around the Lake are rich in endangered species. Just the shore areas as the lake itself are breeding habitat, Rastbiotop and food biotope for a variety of Bird species. These include the Bittern, the great Reed Warbler, Grey geese, a variety of duck species, of geese but also from dwarf adoption, White-tailed eagles and Osprey. That Fishing is allowed in some places.
Anyone looking for peace and tranquillity and proximity to a wide variety of plant and bird life, He should visit be sure once the Schmachter Lake.
In addition, you can also exercise there, z.B. in the Fitalparc directly on the Schmachter See. 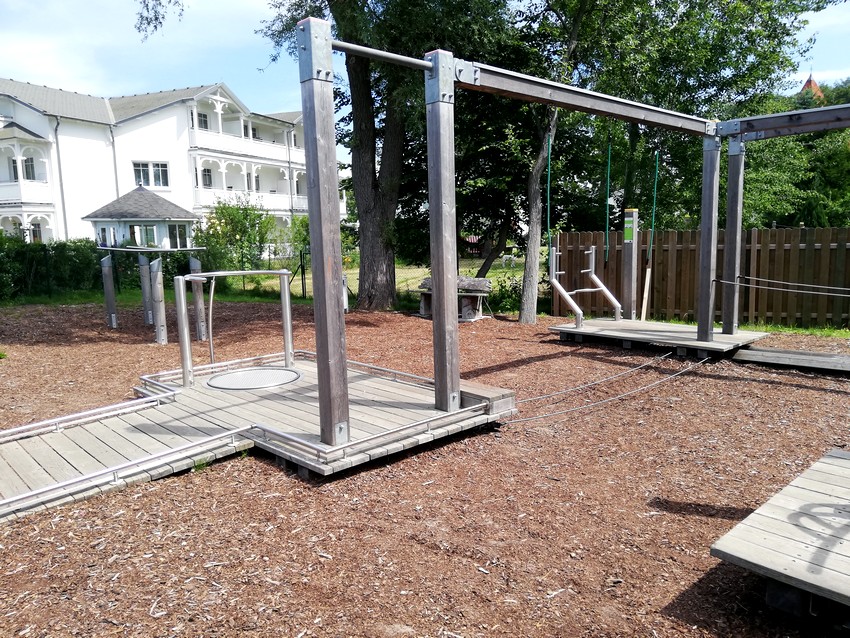 Directions to Lake Schmachter can be done either through Sassnitz or Bergen. It comes from the direction of Sassnitz, then, turn left onto the L29 towards Mukran, Prora and BINZ off and follows dm road through the Pan Tower trail in BINZ. Turn right to Schmachter See.

If, on the other hand, you come from Stralsund via the B96, then turn behind Teschenhagen on the B 196 Direction of Zirkow, Binz, Sellin or Göhren. Either follow the road to the makeshift roundabout Karow and then left, or you continue until on Seram's Hoamal and turn left on the L29 BINZ. Turn left in the Pan Tower way.