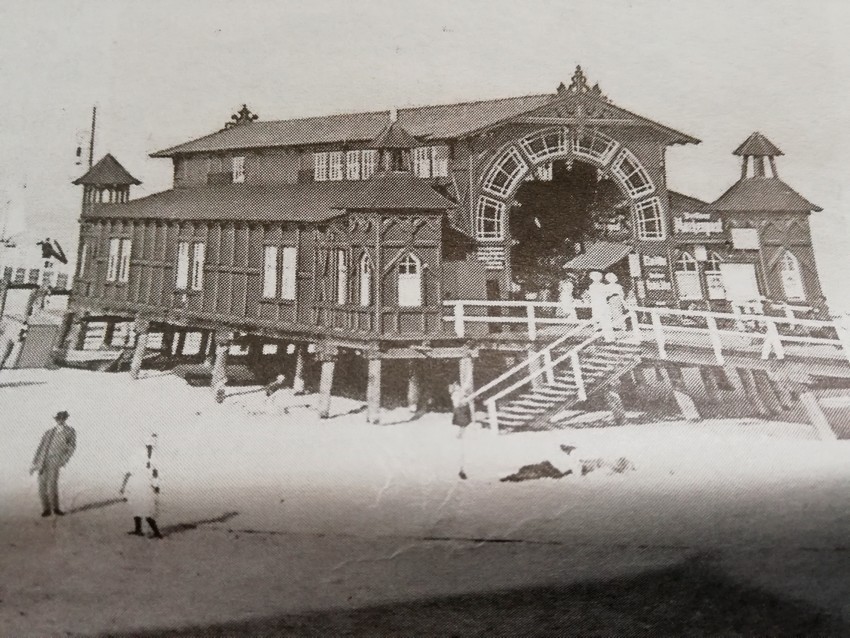 The pier of BINZ – the second-longest pier of Rügen

The pier in BINZ is with a length of 370 Meters the second pier of the island. It has a rich history and is first 1994 been rebuilt in this form. The first pier was built 1902 made of wood and had a length of 560 Meters. After a devastating flood in the new year's Eve night 1904 It was destroyed, and 1906 wiedererichtet. 1910 She got the name of Prince Heinrich bridge. After a serious accident 1912, where 17 People found the death was as a consequence of the DLRG (= Deutsche Lebens-Rettungs-Gesellschaft) founded in.
Today it is a tourist attraction. Creating a daily excursion boat at the head of the three-meter-wide bridge. Also, the so-called Lake Bridge Festival is held every year on and around the Binzer Seebrücke around.

In the year 2019 the spa administration Binz dedicated a special exhibition to the bridge on the basis of 20 large display boards, Since the current bridge in the year 2019 her 25 Anniversary Celebrated.

Sightseeing boats at the pier in BINZ

The popular festival around the pier in BINZ is a reason for many tourists, why they travel just for this time of year and exactly in this period on the island of Rügen. The Festival has already many years of tradition and is always very interesting for the inhabitants of the island, as well as the tourists thanks to a varied program. On the said date different for bands and musical mood. Also for the children an animation throughout the day is prepared so that each age group can benefit from the program of the Festival.

Fireworks as the highlight

In recent years, the festival around the pier has taken place again. Then popular and lively bands gave themselves the honour again and brought the tourists and inhabitants of Rügen into the mood. This event is an annual event around the pier of BINZ region. The fireworks will be classified as particularly spectacular. At the end of this event, a Fireworks is organised by the Organizer every year, This often brings visitors to the amazement.

To this event in BINZ, tourism is often much higher than in the weeks the trappings. The island of Rügen in itself is known for in the summer months, that where an event will take place after the other. Tourists and residents are pampered in the warm season not only with beautiful water, but with festivals of lots of and musical interludes.

The location of the pier