The North Cape of in Germany

CAPE ARKONA:
Cape Arkona is the northernmost municipality of Rügen. Earlier it was the northernmost point of the GDR. The municipality has put under their protection the landscape around the Cape. You can see that the stilled traffic and the environmentally friendly transport in the whole territory. Entering this zone is permitted only to persons with disabilities and residents. All others have to explore the possibility of a collective car park the tourism area, walk, by horse-drawn carriage or the Arkona Bahn. The area is unique, because the chalk Cliff towers 42 m from the sea.

Putgarten is the northernmost municipality of Rügen. From the above mentioned car park the tour to the area monument begins with tourist information and gift shop Cape Arkona. As the first station is worth a visit of the Court of Rügen. Here you can see the traditional arts and crafts over the shoulder. There is a basketry, a jewelry- and fragrance shop, a woodworking shop and a shop of amber, a candle shop and the manufactory of the Rügen chalk male. For the physical well-being of the Rügen Hof serves Café, Kids can enjoy themselves on the playground.

Chalk males on the Rügen farm

The two lighthouses on the Cape

Where is there something? Two lighthouses so close together? There's the Cape Arkona. Earlier the Cape served as guidance of seafarers. In the year 1827 the first lighthouse was designed by Karl Friedrich Schinkel completed. The 23 m high tower has a height of fire by 66 m ü.NN. and was still in 8 Nautical miles to be seen. He is the most famous lighthouse in the Baltic Sea and the second oldest after the Travemünder Tower.
In the years 1901/02 the second tower was built next door and electrified with a halide. Inauguration was 1905. The light of the 35 m of high tower is still in 24 Nautical miles to see distance. At an altitude of 28 located near a viewing platform, that can be seen. 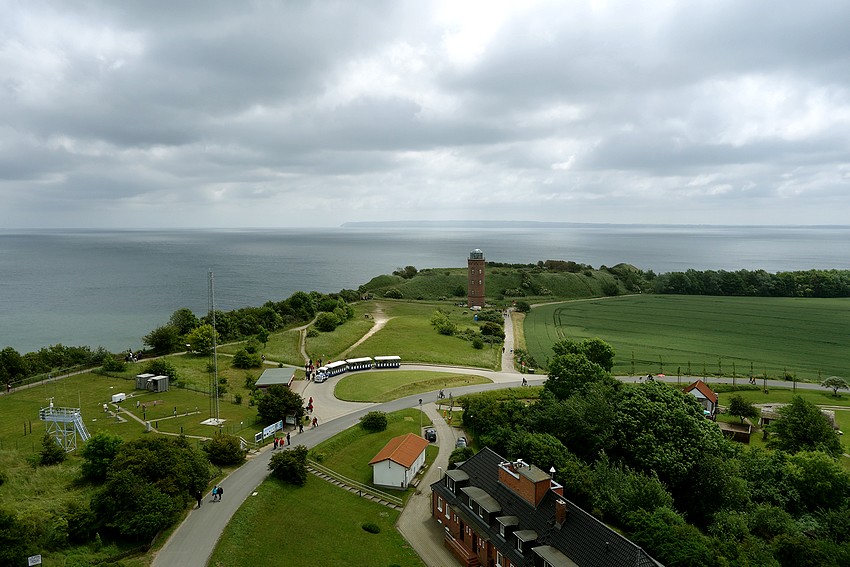 From the lighthouse at Cape Arkona

A monument to Bagan culture. One view from the lighthouse in Southeast, so you can see the remains of the rampart heaped up of behind the Tower Slavic Castle Arkona. Inside the castle there was the sanctuary of the four God Swantevit. In the year 1107 the Danes destroyed the facility and initiated the Christianization. TIP: A AudioWalk with 7 Stations added the info on the castle wall. For this purpose, a Smartphone is required, with which you can scan the QR code on the respective stations.

As if the time has stopped. The fishing village is located in 1 km away to the East. The place has no articles of incorporation. He is already in the 10.Jh. have belongs to the fortress of Arkona. The place consists of 13 Thatched houses. There's a fish smoker and Cafés. Here there are many delicacies with maritime flair. From there one has an enchanting view of the cliffs and the lighthouses again.
On the way back to get to the starting point on the small octagonal shore chapel from the year 1816 over, the 2017 has been comprehensively refurbished. 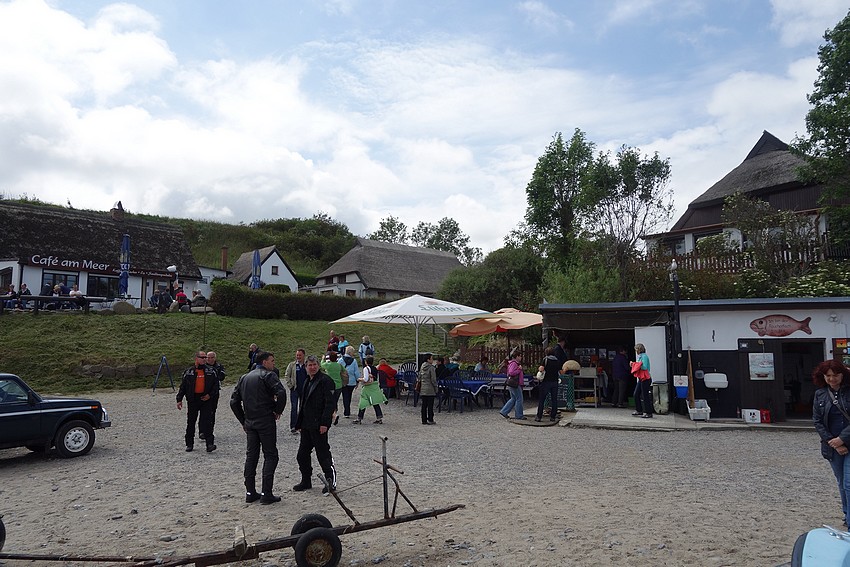